How to Install Atom Text Editor on Linux

Install Atom Text Editor on Linux
Atom is a free and open-source text and source code editor for OS X, Linux, and Windows with support for plug-ins written in Node.js, and embedded Git Control, developed by GitHub. Atom is a desktop application built using web technologies.Most of the extending packages have free software licenses and are community-built and maintained.

Atom is based on Electron (formerly known as Atom Shell),a framework that enables cross-platform desktop applications using Chromium and Node.js. It is written in CoffeeScript and Less.It can also be used as an IDE. Atom was released from beta, as version 1.0, on June 25, 2015.Its developers call it a "hackable text editor for the 21st Century"
Features 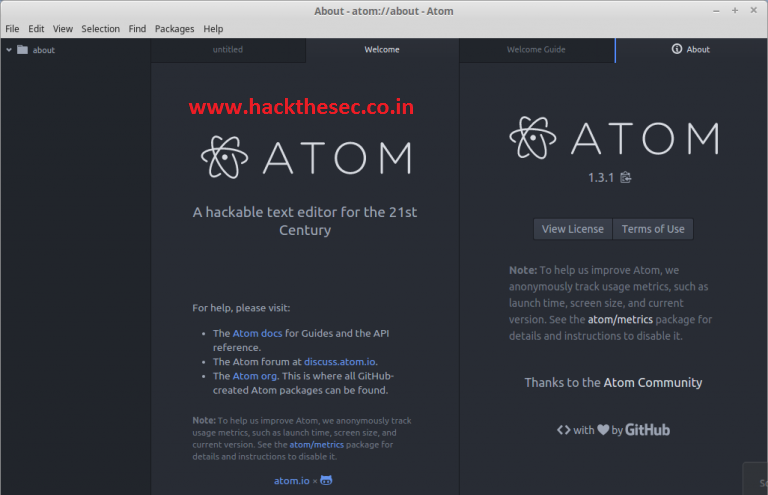