Cryptmount – A Utility to Create Encrypted Filesystems in Linux

cryptmount is a utility for GNU/Linux operating systems which allows an ordinary user to mount an encrypted filing system without requiring superuser privileges. It is aimed at Linux systems using the 2.6 kernel series or later. 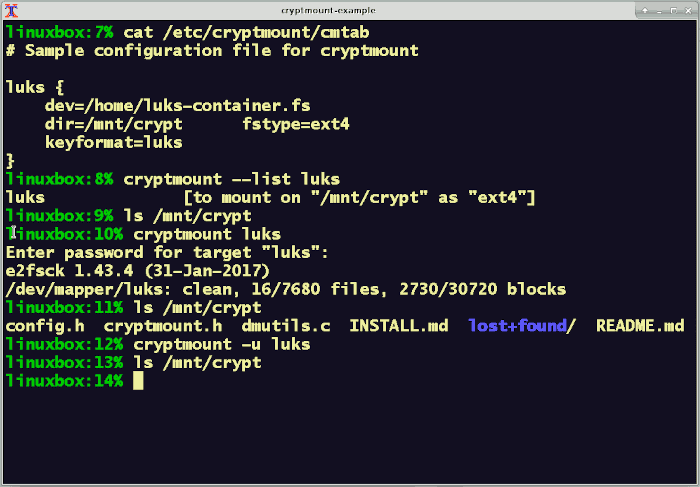 There are currently two main approaches to using encrypted filesystems within the linux kernel:


The (older) cryptoloop system has grown in parallel with the loopback device-driver of 2.4 kernel series, but has now been superseded by the device-mapper capabilities of the 2.6 kernel series. The newer devmapper system offers a cleaner organization of encryption and device-access, and superior performance has been noted. Alternative user-space tools which allow individual files to be encrypted are also widely available, but allow some information about file sizes & organization to be exposed.

With the newer device-mapper infrastructure, there are more stages involved in mounting an encrypted filing system, and neither does 'mount' currently allow this nor does the syntax of /etc/fstab lend itself to describing all the necessary filesystem parameters. This is especially so if the filesystem is stored in an ordinary file, which would require separate configuration of a loopback device and a devmapper target before the filesystem could be accessed.

cryptmount was written to make it as easy for ordinary users to access encrypted filesystems on-demand using the newer devmapper mechansism as it was to use the older, now deprecated, cryptoloop methods. This offers the following advantages:

Install and Configure Cryptmount in Linux

On Debian/Ubuntu distributions, you can install Cryptmount using the following command line
On RHEL/CentOS/Fedora distributions,install it from source. First start installing the required package(s) to successfully build and use cryptmount.
Then download the latest Cryptmount source files. 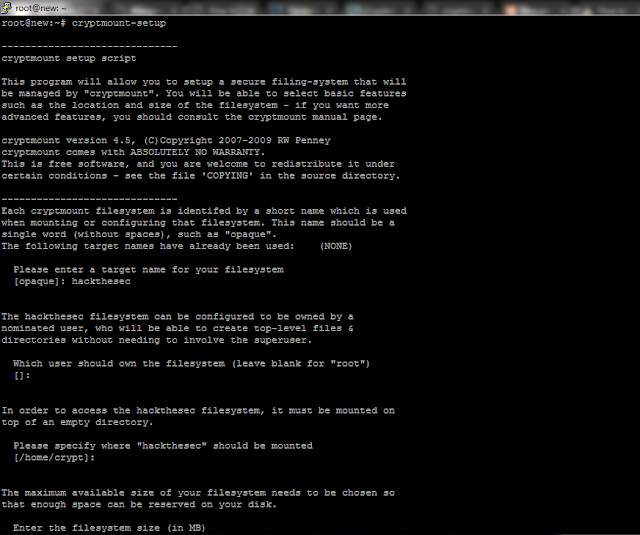 Once the new encrypted filesystem is created, you can access it as follows (enter the name you specified for your target – hackthesec), you will be prompted to enter the password for the target.
To unmount the target run cd command to get out of the encrypted filesystem, then use the -u switch to unmount as shown.
For more information you can use bellow command or you can visit cryptmount website

Troubleshooting in my case

After installation i just received a error message from my ubuntu box
"Taking backup of cryptmount master config-file (@ETCDIR@/cmtab.bckp-setup)...mv: cannot stat '@ETCDIR@/cmtab': No such file or directory" 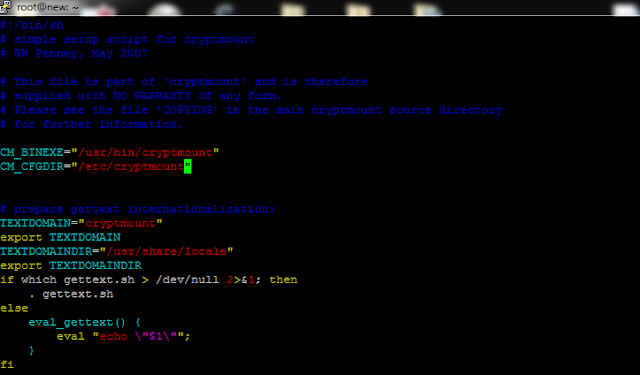